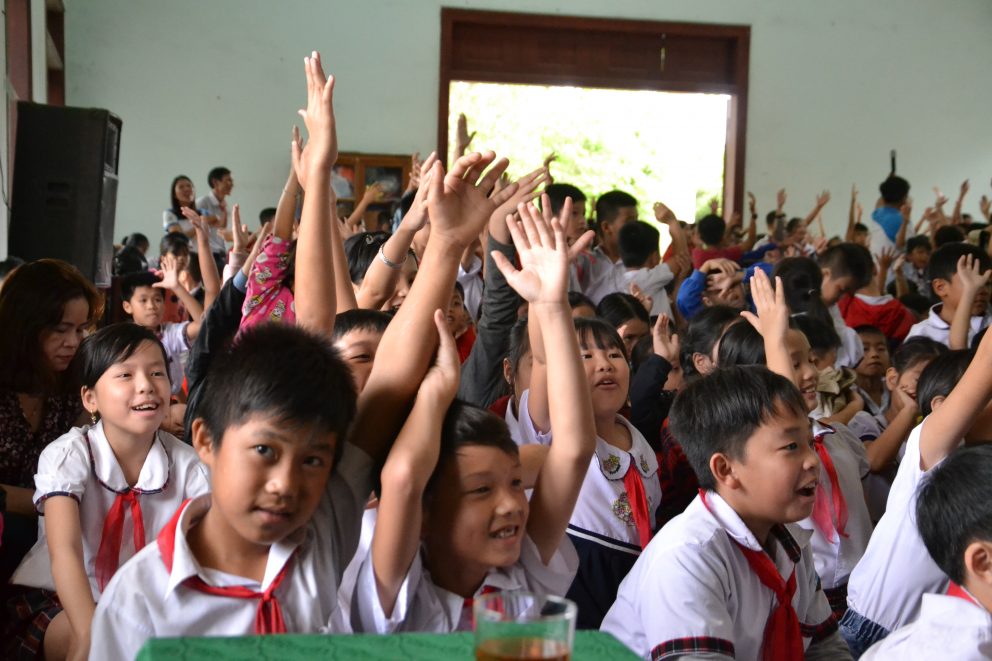 An initiative of the comnunity: A festival on ending physical and humiliating punishment (PHP) against children 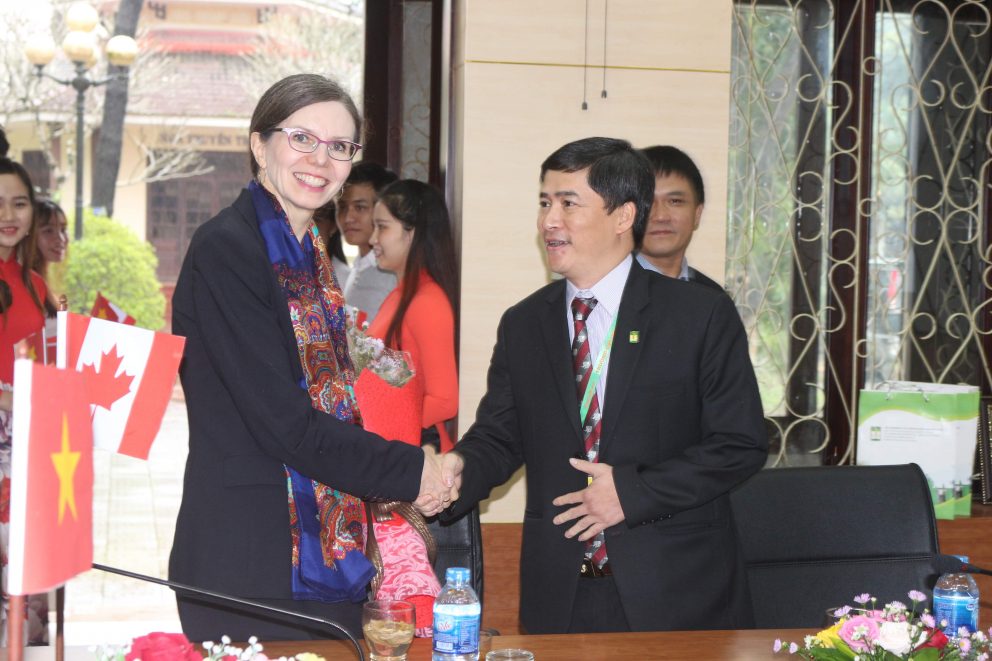 Ambassador Extraordinary and Plenipotentiary of Canada to Vietnam visiting CRD

Her Excellency Ms. Deborah Paul, Ambassador Extraordinary and Plenipotentiary of Canada to Vietnam paid a visit to Centre for Rural Development in Central Vietnam (CRD) on January 17 2019. At the meeting, CRD presented the initial results of the project “Promoting non-discrimination and inclusion of LGBT children and youths in Central Region of Vietnam” implemented […] 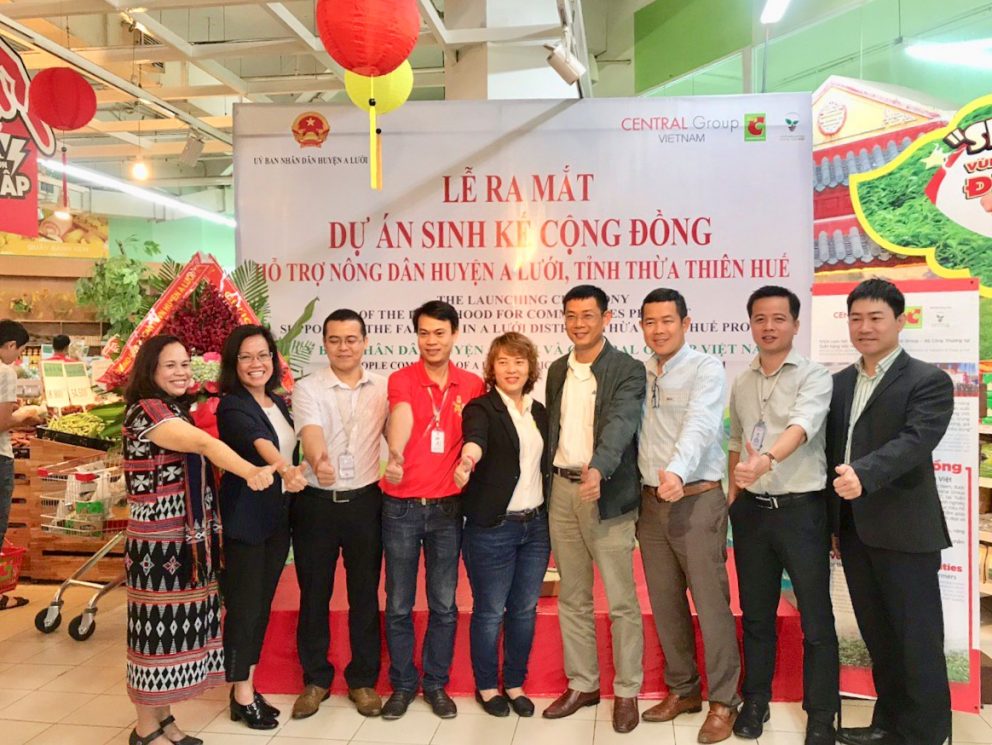 In the morning of January 12 2019 at Big C Hue, the People’s Committee of A Luoi District and Central Group Vietnam (CGV) jointly launched a ceremony to introduce A Luoi indigenous banana, a product of community livelihood project in A Luoi district implemented by CGV with technical consultancy from Centre for Rural Development in […] 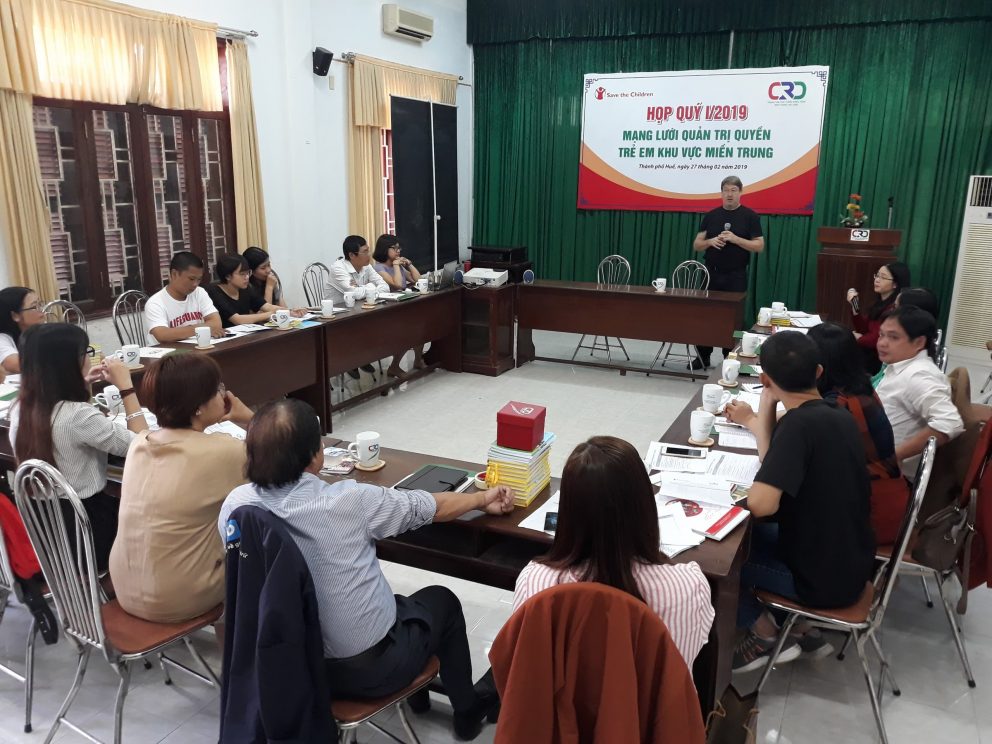 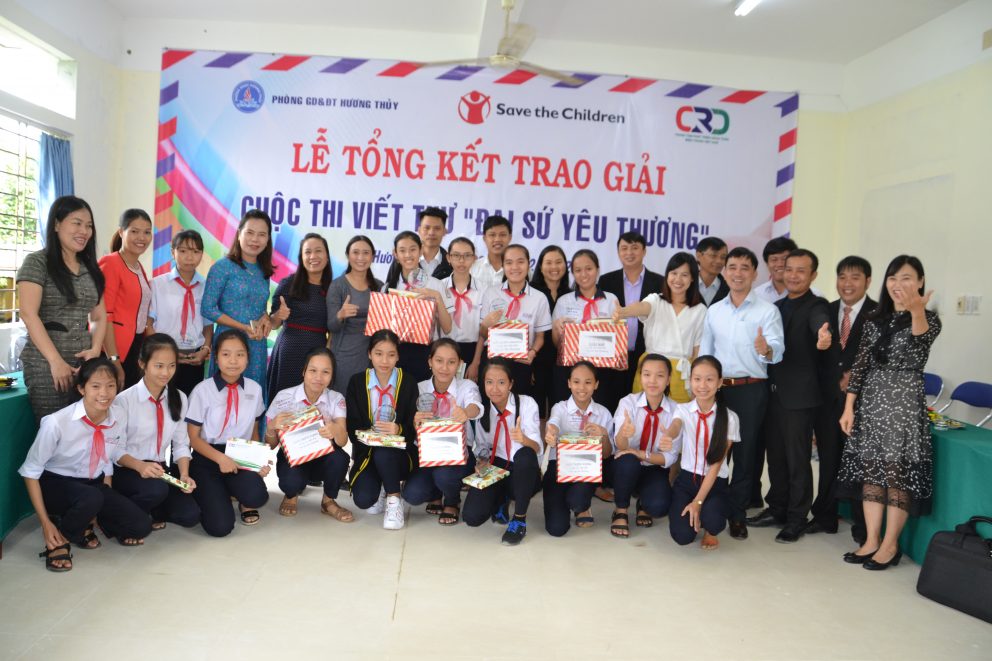 The awards ceremony of Love Ambassador letter writing competition taking place on 28 December 2018 at Thuy Phu Secondary School has marked the end of the journey searching for representative voice of children against violence.  The competition aimed at secondary school students in Huong Thuy Town was co-organized by the Center for Rural Development in […]